Jenny wasn’t expecting to see her new baby boy for two more months, so when she started feeling intense abdominal pain on August 8th of last year, it wasn’t a surprise when her local hospital told her she wasn’t going into labor. However, the source of the pain was still a mystery, so an ambulance brought her from Southwest Iowa to Omaha for further evaluation.

While tests seemed to confirm the pain was not labor-related, Jenny’s baby was unconvinced, as he was set to make his appearance – whether his parents were ready or not. An emergency C-section later, Quentin was born.

Quentin was born nine weeks early, weighing three pounds, 15 ounces. Jenny and her husband, Craig, were relieved to learn their baby had no other obvious health problems. His heart and lungs were fine, and he passed his hearing test. Still, it would take some time before little Quentin could be released from the hospital.

When the family was rushed to Nebraska Medicine, the only clothes they had were the ones on their backs.  And because Quentin arrived two months early, they hadn’t even had a chance to pack their hospital bag. Now Jenny, Craig, and their two older children, Zane and Alyssa were in a hospital, 75 miles from home, with nowhere to go. Nowhere to stay. Said Jenny, “I had no idea what we were going to do.”

The hospital’s social worker asked Jenny and Craig if they had heard of the Ronald McDonald House, and while they had seen the donation boxes at McDonald’s, they didn’t know much about what the House did. After the social worker explained everything, she contacted the House, who then called the couple. Unfortunately, there were no rooms available at that time, but sure enough, on the day Jenny was being discharged from the hospital, her phone rang. On the other end of the line was someone from the Ronald McDonald House, informing her that she and her family would have a place to stay while Quentin was still in the hospital.

Their home may have still been many miles away, but the House certainly felt like home.

“Everything at the House was wonderful. Everything was so well organized and well thought out, so clean and so homey,” she said. “There was a space in the fridge with my room number on it so I could keep food there, my own pantry to keep dry goods in, a freezer, and always food in the community fridge. It was so wonderful having different organizations coming in to cook supper. I was never there during supper time, but there were pretty much always leftovers in the fridge that I could eat when I finally came ‘home’ from the hospital.

“They had a special fridge for moms to store their breast milk, a family room in the basement with books, toys, a couch, and a big-screen TV. There were washing machines and dryers for me to use and they even provided the detergent and dryer sheets. There was a pop machine that cost 25 cents for a pop–you can’t find that anywhere!”

Thanks to everything the House provided, Jenny was able to stay close to Quentin during his time in the NICU, without needing to worry about the financial burden of a hotel room. She had a support system at the House, and during their 37-day stay, Jenny and her family built an incredible bond with everyone here. Now 13 months old and weighing 21 pounds, Quentin is doing great. According to Jenny, “you’d never know he was a preemie!”

“It was a scary time and the Ronald McDonald House provided me a home away from home. We will always donate to the House. It will forever have a special place in our hearts.” 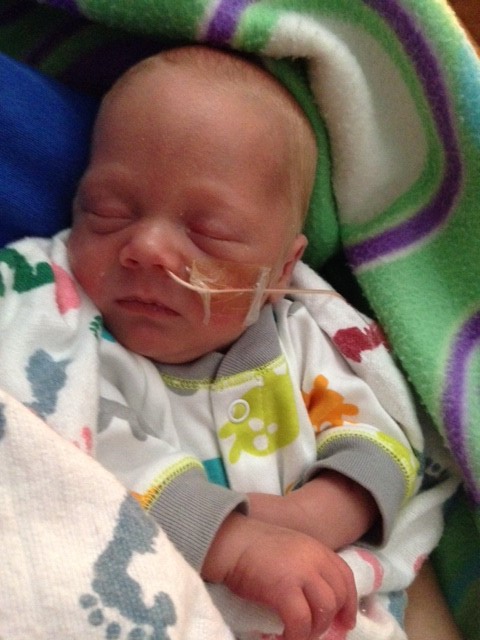 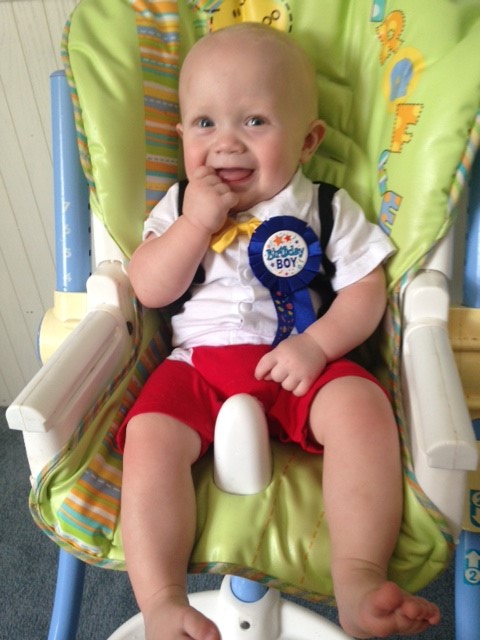