Maria became a mother on August 8, 2014, giving birth to twins, Ezra and Aliyah. Ezra has grown to become a goofy three-year-old, playing and being as mischievous as any other young child. He loves wearing his firefighter costume, even when it’s not Halloween, and he’s always willing to help fix things with his toy tool set.

Things have gone differently for Aliyah.

Toward the end of Maria’s pregnancy, the doctors found reason to believe Aliyah would be born with a cleft lip. They could never get a clear look at her face during sonograms, though as it turned out, their suspicion was correct. In addition to the cleft lip, Aliyah had a cleft palette, but the doctors also learned of an even more urgent condition, as she had a tracheoesophageal fistula – an abnormal connection between the trachea and esophagus, making swallowing nearly impossible. To remedy this situation, Aliyah’s family needed to take her to Sacramento, a four-hour drive from their home in Redding, California. It was here that Maria first learned about and stayed at the Ronald McDonald House. 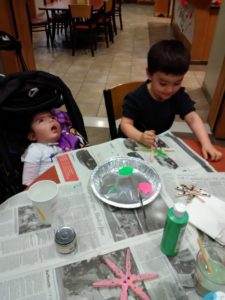 Over the next few weeks, the family made multiple trips to Sacramento for follow-up appointments, and after Aliyah had fully recovered from the surgery, those trips were no longer necessary.

At seven months old, Aliyah had an operation to repair her cleft lip, and while her palette would still need to be repaired, she was mostly on track to grow and develop like any other infant. For the next year, Aliyah enjoyed spending time with her parents and brother, laughing and playing and being the silly little girl Maria loved to love.

That is, until an otherwise typical evening meal turned into tragedy.

While eating her dinner, a piece of food became lodged in Aliyah’s throat. Her parents leapt into action, but were unable to clear her airway, and by the time paramedics arrived, Aliyah’s heart had stopped beating. The blood supply to her brain was cut off for some time, so even after she was resuscitated, the doctors told Maria that her daughter had suffered a severe brain injury. Once Aliyah stabilized, a long road of rehab lay ahead.

It soon became clear that she needed specialized care, so Aliyah’s parents sought out a facility that could provide that care. The top choice they found was in Lincoln, Nebraska, nearly 1,600 miles from home. But as Maria says, the distance was trivial compared to the importance of giving her daughter a chance to improve. “I’d be willing to do anything for her.”

After reaching some desired goals in Lincoln, in December of 2016 Aliyah’s family decided to move her to Ambassador Health Services in Omaha. While Aliyah would be staying in the facility to receive 24-hour care, her family needed a place to stay. A social worker brought up a familiar name: the Ronald McDonald House.

When Maria first walked through the House’s front door, she was exhausted, but also happy to have a place to lay her head. In addition to the comfortable bed, Maria loved having a large family room downstairs to enjoy movies, a toy room for the kids, as well as a group of community volunteers to make dinner almost every night.

But more than anything, Maria is grateful for the people here at the House. “Everyone is so supportive and encouraging. It feels like family here. Those people I’ve met, they’re lifelong [friends], because they’re a part of the journey, they had to stay here too. I feel like those are people I’ll never forget.”

Something else Maria will never forget? The surprise baby shower several other moms threw for her.

Maria was a few months pregnant with her third child when she got to the House in Omaha, and as her due date approached, some of the mothers wanted to make sure she had what she needed. She said one mom asked her what she would really love for the baby. After Maria rattled off a few items, she never thought a group of people she had known for less than five months would take the time to plan and throw a baby shower. 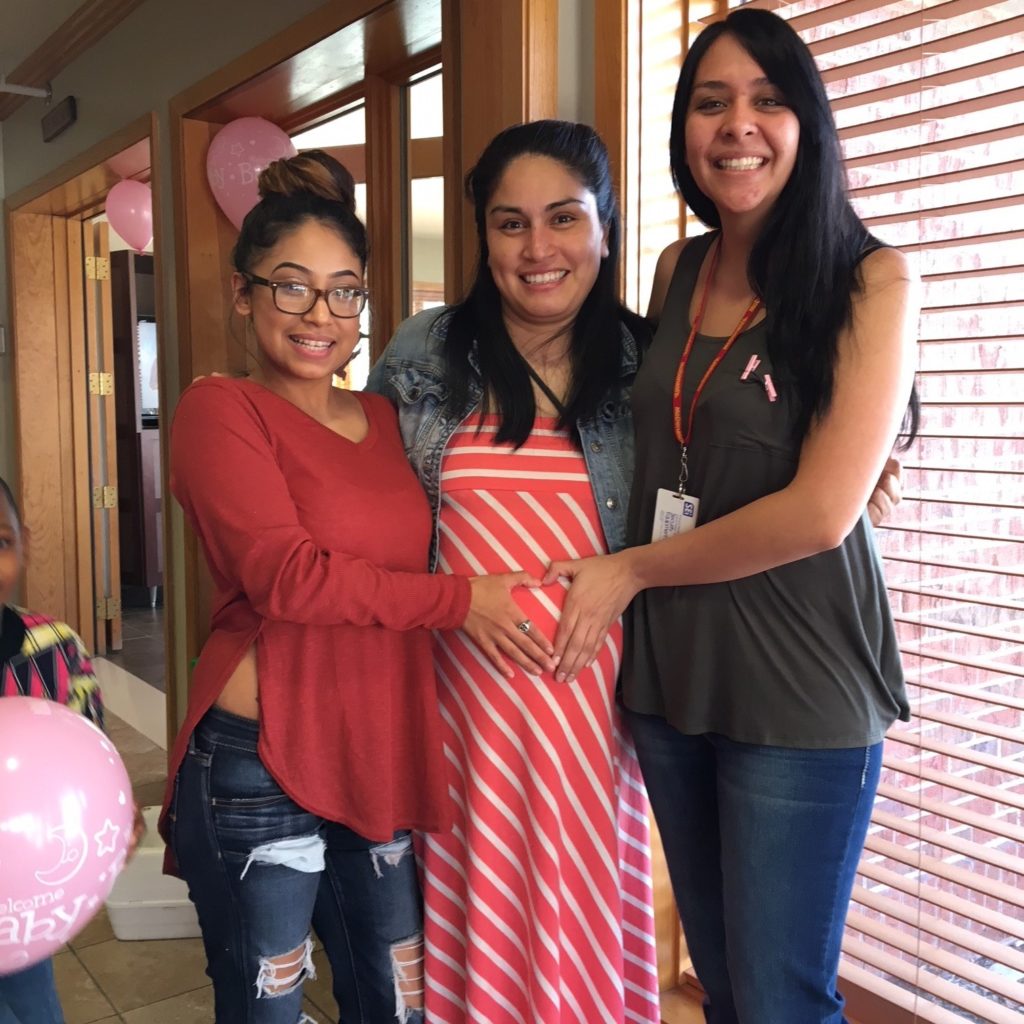 That’s exactly what they did. Invitations went out to the rest of the House (without Maria knowing), and one Saturday morning, Maria came back to the House to find a group of people – who, months earlier were complete strangers – standing in the dining room, surrounded by decorations, gifts, games, and food. It was stunning.

“I was overwhelmed. I couldn’t believe that people would care that much. They’re new in my life. We don’t have history, but they were still willing to go out of their way and do something special, and show their support,” Maria said. “It was fun!”

Her daughter Hanna was born just a few weeks later, and thanks to the other moms in the House, Maria had everything she needed.

Another display of compassion from the House community came on Mother’s Day. That morning got off to a particularly difficult start, but because of the generosity of some volunteers and the rest of the moms, it didn’t end that way.

Students at the Omaha School of Massage came to the House that afternoon to offer free massages for the parents. Simply having that opportunity – especially when 39 weeks pregnant – was a huge blessing for Maria. But the other moms knew all that she had been going through, and made sure that she received extra time, and extra care. Instead of focusing on their own stress, they asked the students to give Maria more time in the massage chair.

Maria is continually in awe of the tight-knit community at the House. “When you’re going through such a hard time, it doesn’t seem like people really understand. But there are people that do care and they do understand.” She goes on, “[The support at the House] does give me strength. I can go about life a little bit easier. Knowing that people are supportive, it gives me more hope for my child.”

Despite everything she’s been through, Maria still sees her sweet daughter, with her soft smiles and subtle movements. She still has hope. She has hope that yesterday’s battle will leave her family stronger. That today’s appointment will bear good news. That tomorrow will be a better day than the last.

Maria has hope that Aliyah will improve, if she fights for her. So she fights. She fights against feelings of doubt welling up inside of her. She fights back tears when Ezra asks about his sister. She fights, every single day, for another inch of progress. Another sweet smile. Another seed of hope.

But she’s not fighting alone. The 19 other families in our House are fighting right alongside Maria and her children.

We’re here for those fighters. We’re here to join them as they rally around hope. You can join them, too. Donate today. 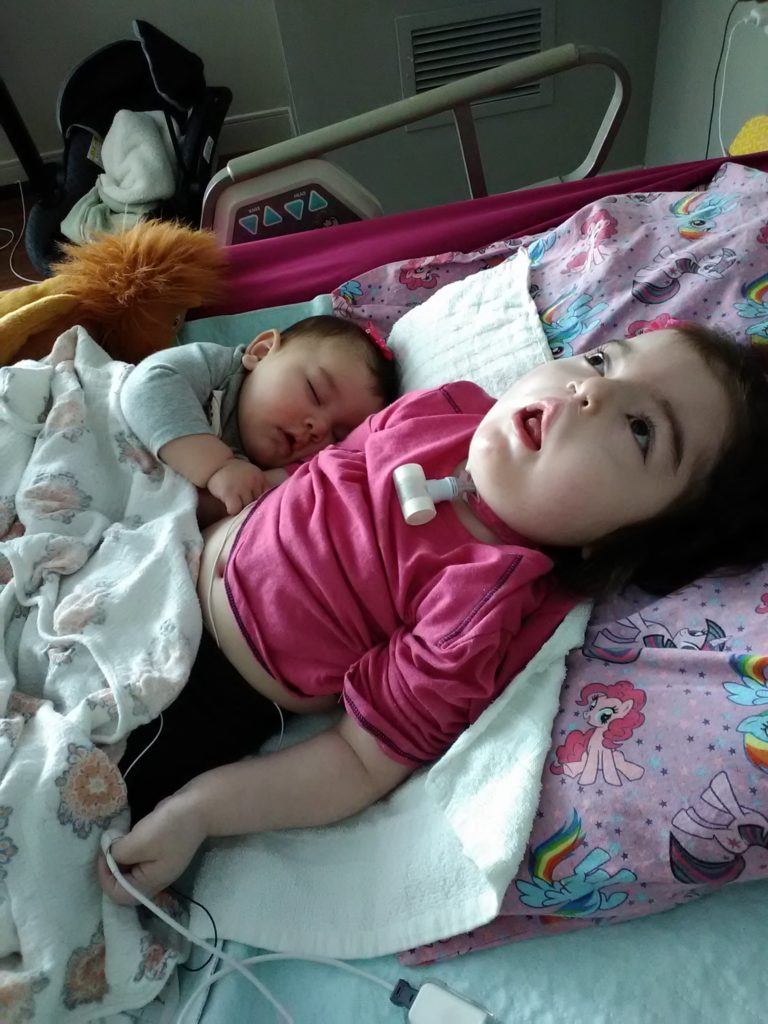