Harvest season had arrived in Clarinda, Iowa in October of 2015, and Megan was looking forward to the birth of her daughter in just under two more months. One cool Tuesday evening, however, she arrived home after work, stepped out of the car, and was suddenly alarmed when she felt her water break. She and her husband Jacob were not expecting to become parents for another seven weeks. Panic immediately set in.

Megan called the hospital and was told to come in so they could run some tests and figure out what was happening. The couple made the 20-minute drive to the emergency room, where the doctors confirmed her water did break, and they gave Megan an injection to make sure the baby’s lungs were developed enough to give her a fighting chance if she did arrive early.

Because it appeared delivery was still hours away, the doctors said it would be safe to send Megan to Omaha, to Nebraska Medicine. The drive would take nearly 90 minutes, but Megan says the day was mostly a blur. “I couldn’t tell you what time we left, I couldn’t even tell you when we got to the Labor and Delivery Department. The doctors and nurses kept talking about what she’d probably weigh, what problems she might have coming out (breathing, eating, etc), and the fact that they wanted to keep her in for 2 more weeks at least. Between the pain and the immense fear, I barely knew names of the doctors I had, or even the hours as they went by.”

After a some time had passed, the baby decided it was nearly time for her to make her entrance. The delivery room filled up with two doctors, three nurses, half a dozen NICU team members, and an incubator. Then, they waited. Thankfully, they didn’t have to wait long, as Mackenzie was born fairly quickly, weighing five pounds, 10 ounces – quite a bit larger than they expected. She was whisked away to the NICU, and after another hour, her parents were able to visit her. 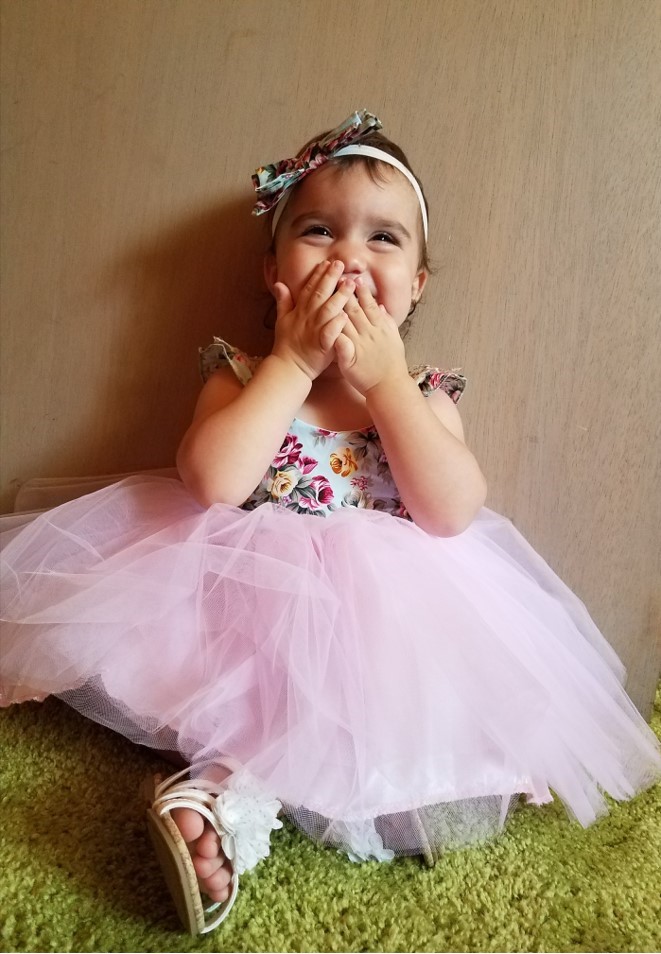 While the nurses had to hook Mackenzie up to oxygen initially to assist with some minor breathing issues, she came off of it shortly after arriving in the NICU and didn’t have any more breathing problems. Mackenzie did need to have a feeding tube inserted, as well as various wires to other monitoring devices.

During the first few hours of their stay in the NICU, a hospital social worker approached Megan and Jacob about housing options. Luckily, there was an opening at the Ronald McDonald House, so Mackenzie’s parents would have a place to stay while she grew.

Megan spent the days at the hospital by her daughter’s side, but she loved being just a few minutes away when she needed a little sleep. She would return to the House around 9:00 or 10:00 at night, where she could make use of the free 24-hour laundry facilities before taking a shower and getting a full night’s rest in a comfortable bed.

Jacob was unable to stay in Omaha every day due to his job, so Megan was mostly by herself, but she was never alone. She was happy to be in “an amazing place full of such caring people.” Even though her interactions with the other families were more limited because of how much time was spent away from the House, she still shared a special kinship with them, and she says she felt “lucky to have such a wonderful place to stay and give us comfort in such hard times.”

Over the following three weeks, Mackenzie grew strong enough to go home. While the family’s stay in the House ended, the connection lives on.

“We are so thankful for the House and all that it does that we made the decision before our daughter’s first birthday that we would donate to the House every year on her birthday. It has been a big part of our life ever since her birth, and we will never forget or take for granted what the Ronald McDonald House was able to do for us!”

Now is your chance to make a connection to our House. Give today.