In Ronald McDonald House, ‘It Feels Like She Can Be Normal’

Mike and Tia Jilg understand what this year has been like for you. They know what it’s like to be concerned with a contagious disease and to be isolated from friends and family. They know how stressful it is to meticulously plan every outing, taking every possible precaution to protect loved ones, particularly those who are significantly at-risk. They know how the constant worry and feelings of loneliness can lead to fear and exhaustion.

They know these things not because of their struggles this year, but because of the challenges they’ve faced for the past three years. This is not simply a nine-month crisis.

For the Jilgs, this is their life.

Tia’s pregnancy had no issues, as her youngest of four children was born on November 2, 2017, a healthy baby girl. They named her Alle, and after the standard two-day hospital stay, during which she underwent the typical newborn screening tests, the family brought her to their home in Broken Bow, Nebraska. A few days later, they received a phone call from their doctor. The screening results came back.

Alle had severe combined immunodeficiency, or SCID. It’s perhaps more commonly known as Bubble Boy Disease, coined after David Vetter was diagnosed with the condition prior to famously living in a germ-free plastic bubble for his 12 years of life. 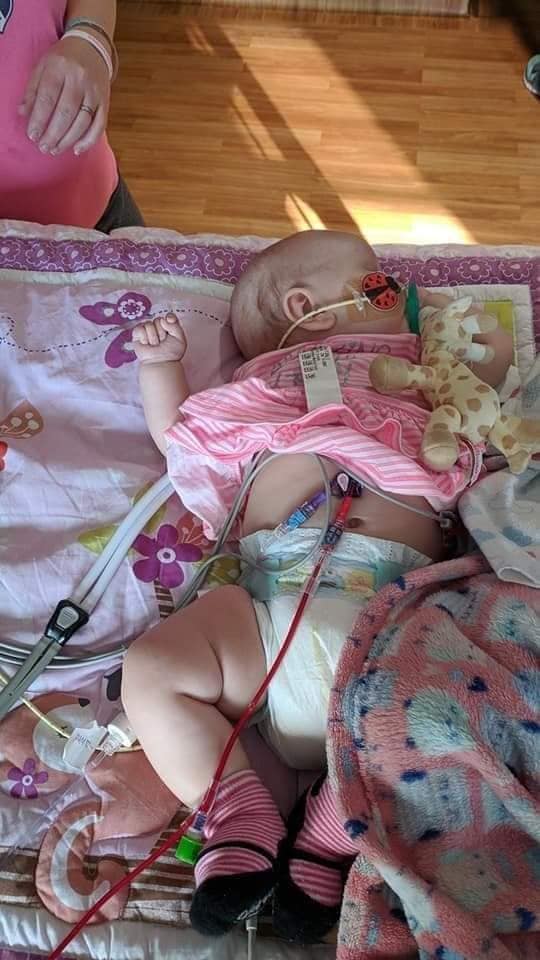 The doctor explained that Alle’s immune system was so diminished that something as minor as the common cold could end her life within 24 hours. He told them to immediately stop nursing, put on masks and gloves, pack their bags, and get to Omaha right away, where their daughter could receive the specialized care she needed.

Tia and Mike followed the doctor’s orders, and while doing so, the weight of those words began to set in. They remembered that they had brought Alle in public a couple of times, interacting with people. Their minds raced.

What if someone around us was sick and we didn’t know it?

Did anyone have any minor cold symptoms and we didn’t notice?

Had Alle already been exposed to a life-threatening infection?

In addition to those concerns, they had three other children who could not come with them to Omaha. They planned to drop them off at their grandparents’ house, but they had no idea when they’d be reunited with their older kids.

Tia says, “That was scary for us. Not knowing when you’re going to come home, not quite sure what the outcome is going to be, and you hear that anyone that touched [Alle] could have made her sick.”

They arrived in Omaha at Nebraska Medicine, where they were isolated in a room before being given a bit more information on the disease. Mike recalls hearing more about Bubble Boy Disease, and while he knew that case took place 40 years ago, he wondered if his daughter was also destined for a life in a bubble.

“Medicine has come a long way in 40 years, but we didn’t know how far it came for her treatment because it’s such a rare disease,” Mike says.

With so many unknowns, the Jilgs were rightfully concerned. They were instructed to remain in isolation in the hospital room. After two weeks, Mike came back home to be there for their other children, leaving Tia and Alle in their hospital room for the next several weeks, seeing only doctors and nurses a couple of times per day. Tia says those weeks felt how she imagined house arrest to be like.

“I couldn’t even leave the room. I would watch out the window, I would watch the snow, or the traffic, or the fireworks, or the helicopters coming in.”

Tia was allowed to resume nursing her daughter, but every interaction occurred with masks and gloves and a heavy, unceasing sense of anxiety. Adding to the stress, back in Broken Bow, her three other children had dance recitals and sports games and birthdays, and she was unable to be there for any of it.

“Thank goodness for FaceTime,” she says with a laugh.

The nurses also did their best to make the stay tolerable. Once, Alle had bumped Tia’s phone off a chair, breaking the phone charger. The next day, the nursing coordinator showed up with a brand new charger for Tia.

As the weeks passed, doctors informed Tia that the best option for Alle would be to receive a bone marrow transplant. Because it could take some time to find a donor, the two of them were allowed to go back home, just in time for Christmas. Once home, however, they were again instructed to remain in a bedroom to limit Alle’s exposure to potential infections.

Shortly after the new year, Mike and Tia received word that a donor had been found. They all traveled back to Omaha later in January, before undergoing two weeks of chemotherapy to ensure her body wouldn’t fight off the new bone marrow and stem cells.

Her body needed time to rest, so she was sedated and intubated for roughly a week early on in the recovery process, but as time passed, she grew stronger. For the next two months, her family remained in that hospital room, watching those same cars drive by day after day.

Roughly 90 days after the transplant, Alle was discharged and able to go home. However, she did need regular check-ups with her doctors. Those, in addition to all of the unscheduled trips to Omaha added up quickly. “Any time her temperature is above 100.4, it’s an automatic transport to [Nebraska Medicine],” says Mike, estimating Alle had been in the hospital almost 20 times in the first two years of her life.

As the trips increased, and as Alle grew older, her parents recalled an option for lodging that was mentioned earlier in their journey, where they would have a comfortable space to rest during their time in Omaha, and Alle could interact with children similar to her.

They called the Ronald McDonald House.

They appreciated being around other families, who, while not having children with Alle’s exact diagnosis, could still offer support and advice to parents getting used to their new normal.

Mike says, “We’re not alone there. When we’re having a bad day, or we didn’t get the outcome or the results that we wanted, talking with some of the other families gives us the sense that we’re not alone. It’s family.”

Beyond the support system and the meals provided by volunteers, both Tia and Mike have enjoyed watching Alle do something she doesn’t get to do very often: play like, and with, other children.

Alle’s condition has caused her to fall behind developmentally, and while physically, she is gaining strength and getting caught up in that regard, the social part of her development mostly consists of interactions with her siblings and parents. She can’t touch the toys in places like dentist office waiting rooms. She can’t play at parks, in dirt, or in sandboxes. Right now, preschool is still a question of if, not when. Her parents have constantly worried about what kind of bacteria or viruses she could pick up during any social interaction. 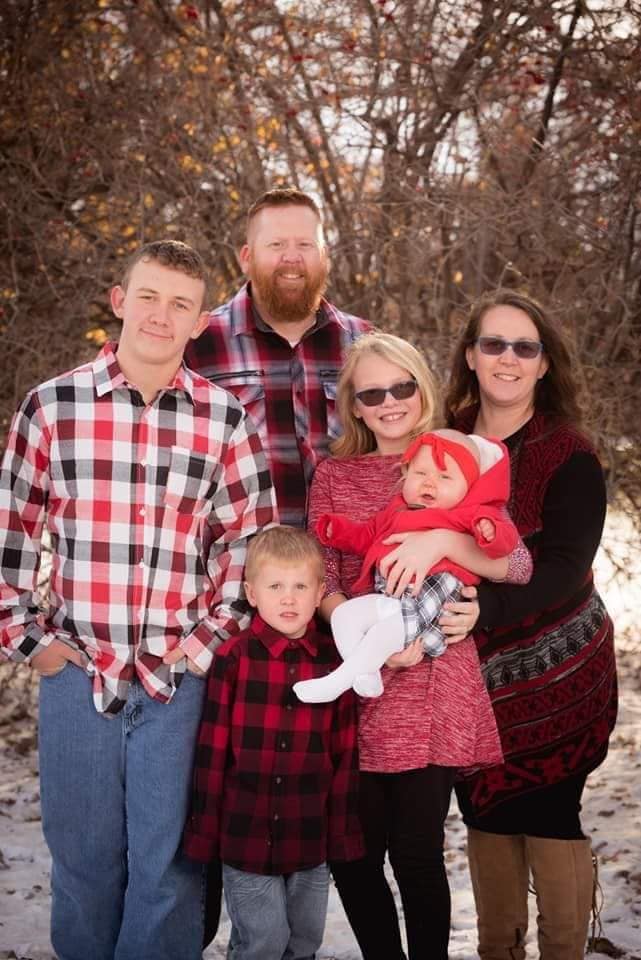 “But when you go to the Ronald McDonald House,” Tia explains, “you don’t have to worry.”

When Alle runs into the toy room, smiling and laughing, her parents smile too, knowing those toys have been disinfected regularly.

Tia continues, “The House is so clean. She has free range there, and we’re so grateful for that.

Plus, there are other children also dealing with suppressed immune systems who can lead the way and show Alle the ropes. Mike notes, “Seeing [other kids] play with a toy is kind of like a guidance for her, since she doesn’t get that interaction. She learns from that. When she sees them run up and down the halls, laughing, you can see her wheels turning like, ‘alright, I can have fun in this place.’”

Tia describes their daughter as “spunky and ornery” – she says a recent trip to the doctor included Alle standing on the exam table teasing the doctor with a refrain of ‘na-na-na boo boo!’ – so to see her showcase more of that personality has been wonderful.

Overall, they just feel comfortable in the House, largely because it feels like a close-knit community, much like their home in Broken Bow. Tia says being in that same environment in Omaha has been a huge help:

“You just feel thankful that every day, when you walk in, it’s family.”

And how different have things been lately, as a family with an immunocompromised child during the COVID pandemic?

“Really, not a whole lot has changed,” says Mike with a subtle laugh.

They have spent the last three years paying careful attention to their sanitization practices. Early on in Alle’s life, her siblings would get home from school, change clothes, wash their hands and faces, and put on gloves and masks before they could see her. Mike says they’ve just gotten back into that normal routine. 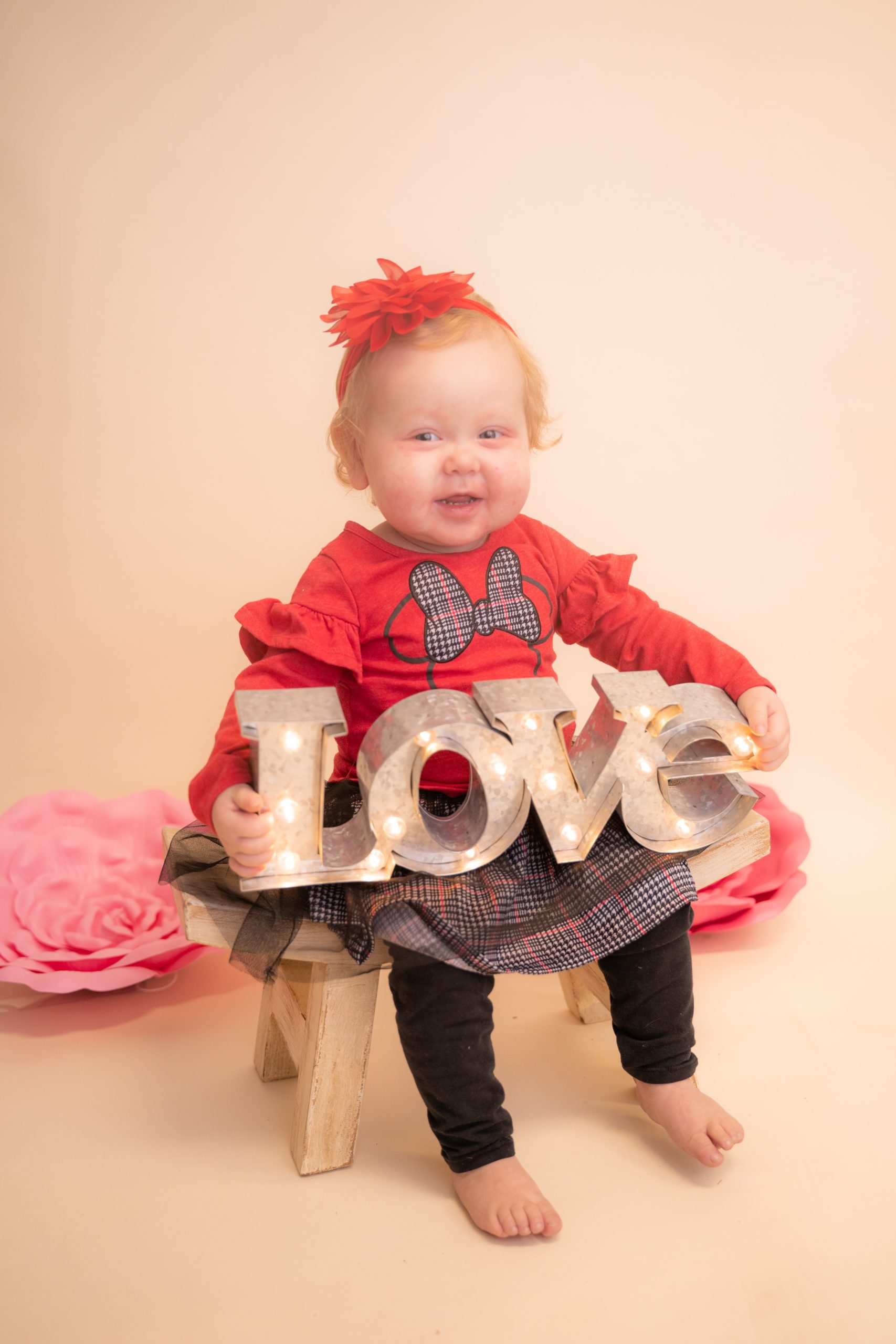 The biggest effect of COVID has come in the form of their lodging opportunities during their still-necessary trips to Omaha. Due to the pandemic restricting family check-ins for much of the summer, the Jilgs haven’t been able to stay at the Ronald McDonald House. As Mike says, “It puts more of a strain on you, because you can stay at a hotel, but how well are they cleaning and disinfecting areas?”

Tia mentions the other option is to fit the eight-hour round-trip into a single day, sandwiched around Alle’s appointments.

Their predicament has driven home how difficult this entire process would be without the Ronald McDonald House. Mike says, “It would be very hard. Trying to find a place to stay that we felt comfortable with the cleanliness and the atmosphere, and just to be able to afford, with the meals on top of it.”

Families like Alle’s are never required to pay anything to stay in the House, but the Jilgs always try to donate something to help cover their stay, which in turn helps support more families. That’s extremely important to the Jilgs, who are always looking to pay it forward.

As Mike explains, “We’ve had such a big support system, so we want to make sure we’re that same support system for whoever needs it, to let them know that they’re not alone.”

Having been on the receiving end of that support throughout this process gives the family hope for Alle’s future, even though they don’t know what that future holds. They know their journey is far from over, but they also know they aren’t on the journey by themselves.

Mike says, “I call the House a gift from God, because things would be so much more difficult and stressful if it wasn’t for the Ronald McDonald House. God always puts the right people in your life for a reason. The Ronald McDonald House and the organization and the staff, you guys were put here for a reason, and the reason is to help other families going through difficult times just like we are.” 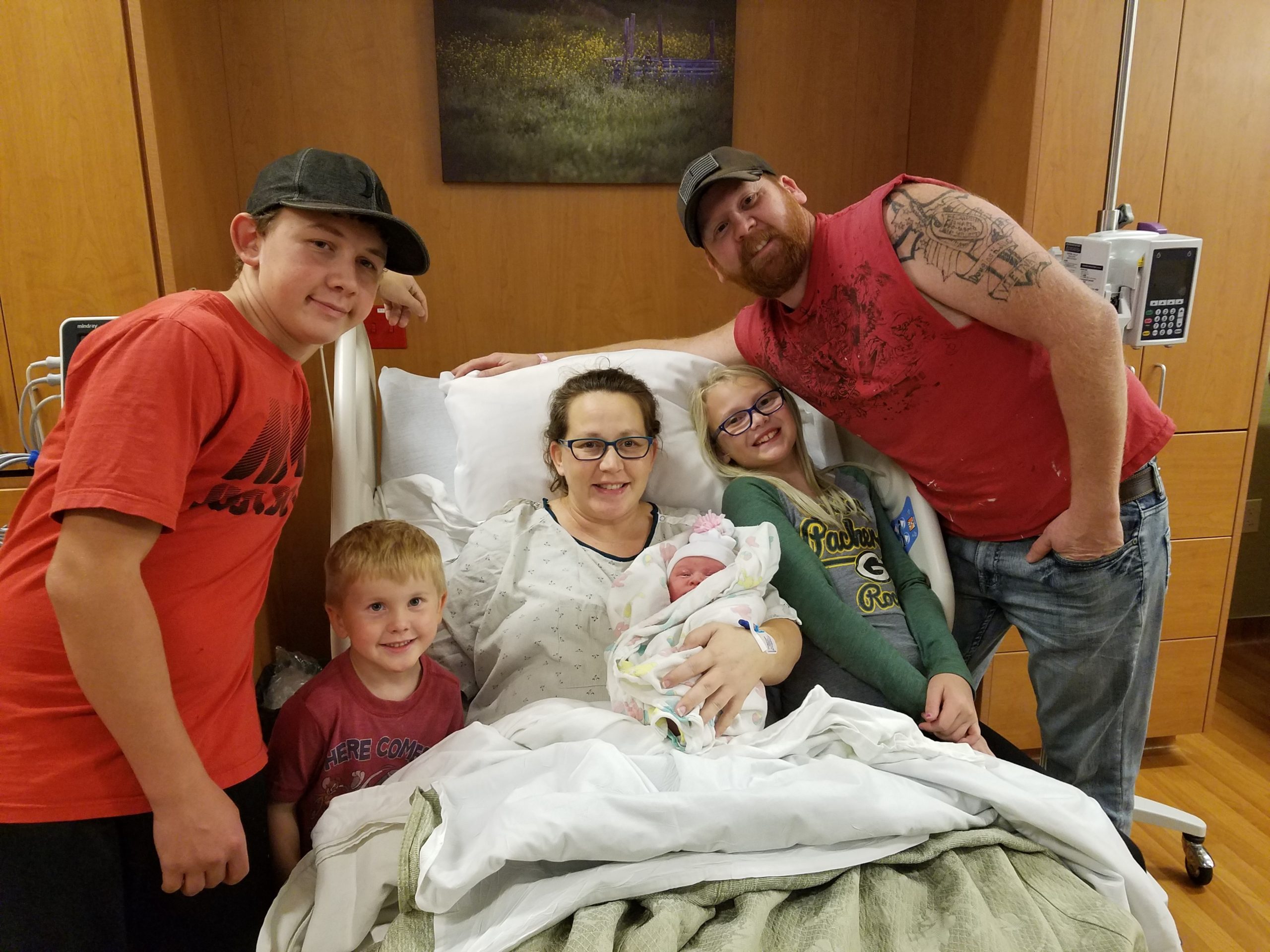 To show that you’ll be there for families like the Jilgs, make a donation today.