Despite Rare Condition, Comfort is Common

Facing a medical crisis is a daunting task for any family, let alone one whose child has a condition nearly unheard of, anywhere. Parents can feel isolated and intimidated as they stare down circumstances for which there is no blueprint.

Such is the case for Olivia’s family, from Beatrice, Nebraska. She turns three years old this month, an age her parents weren’t sure she’d reach. That’s because she’s one of two children with her condition to survive past six months of life.

That’s two children out of the 11 known cases, anywhere, ever.

Olivia was born a few weeks prematurely, but until she was born, her parents, Nick and Crystal, didn’t know that anything was wrong. As it turns out, she had mostly stopped growing in the womb several weeks earlier, so Olivia was quite a bit smaller than one would expect of a baby born at 36 weeks. And while all babies are born with a soft spot on the top of their head, Olivia’s was more pronounced. Doctors weren’t sure what led to the underdevelopment, but it was clear more tests were needed.

So for the next month, Olivia stayed at a hospital in Lincoln, where her doctors diagnosed her with several conditions. On top of pulmonary hypertension and a need for a feeding tube, she had Loeys-Dietz syndrome and Fontaine progeroid syndrome (FPS). For parents who had basically no warning, it was a lot to handle. Crystal says, “It was an emotional rollercoaster.”

Loeys-Dietz syndrome is an enlargement of the aorta that can also cause musco-skeletal issues, such as Olivia’s pronounced soft spot on her head, and some tissue growth abnormalities in her throat, which makes swallowing a challenge. It’s a new enough condition – first discovered in 2005 – that not much is known beyond it being a genetic mutation.

Fontaine progeroid syndrome causes a baby’s growth to slow significantly, and it’s incredibly rare. How rare is it? 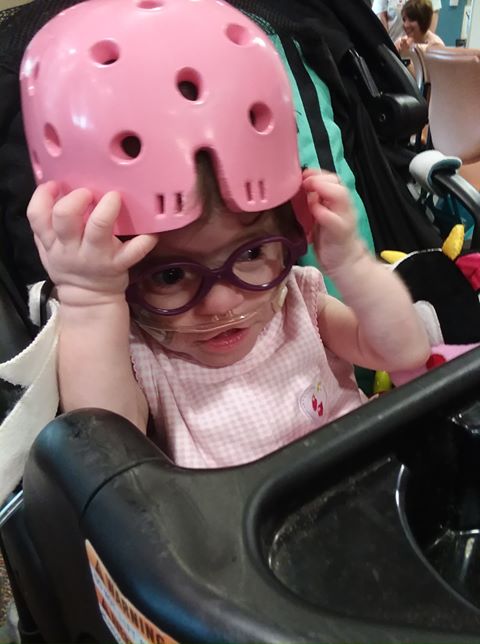 Nick says from what he understands, fewer than a dozen cases of FPS have been discovered across the globe. And Olivia is one of just two children who have lived beyond their first six months of life.

In the most basic of terms, no one knows exactly what Nick and Crystal have gone through.

The complex nature of Olivia’s conditions means that she requires specialized care. Perhaps the most specialized procedure she needs is what amounts to a total reconstruction of her skull, which will be completed by doctors in Omaha.

The soft spot on top of Olivia’s head has forced her to wear a helmet constantly, because as her father explains, “she falls down constantly.”

She is a toddler, after all.

The surgery will require parts of Olivia’s skull be moved on top so the soft spot will be totally filled in. Additionally, Olivia also has a protrusive forehead, which the surgeon will shave down, while also moving her eyes forward.

It will likely take roughly seven hours to complete, but possibly longer, considering how much is not yet known about her conditions. “They just don’t really know what to expect,” says Nick.

For the initial surgery consultation, Olivia and her parents made the 100-mile drive to Omaha. Crystal knew they’d need a place to stay while Olivia was being evaluated, and after walking in the door of the Ronald McDonald House, she says, “we were in heaven.”

They were greeted by Vicky Sheeler, who Crystal and Nick adore. “She’s so welcoming, and she’s always asking how Olivia is doing,” Nick says. But, he continues, it’s not just Vicky who is invested in their family.

“Everybody there, they all care. They’d do anything to help anybody. All the people that work in that back office, when Olivia walks around and says hi, they stop what they’re doing and they talk to her.”

Being around other parents dealing with medical crises, even those not as rare as Olivia’s, has also been beneficial to Nick and Crystal’s wellbeing, as Crystal says, “It helps to be able to vent to somebody else. They know what you’re going through and you know what they’re going through. I don’t feel so crazy when I know I’ve got somebody to talk to.”

Nick adds, “It reassures us that we’re not the only people with problems like this.” 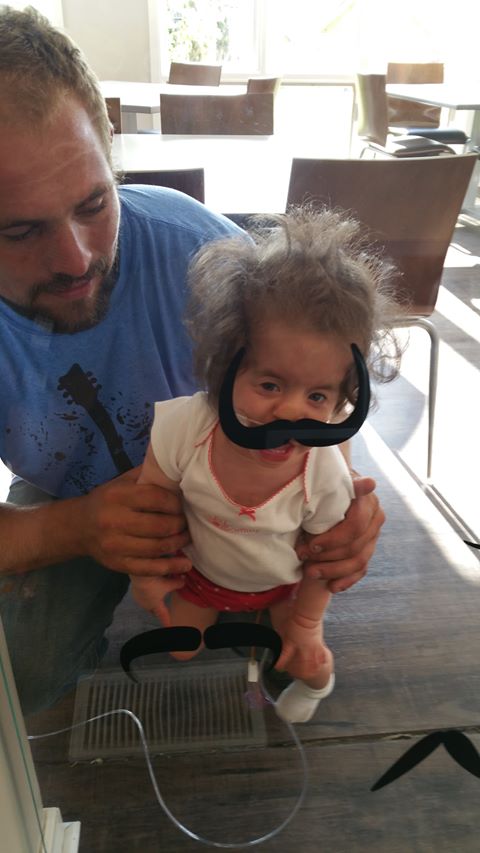 Being at the House is helpful to more than just Nick and Crystal, of course. Olivia loves having space to safely run around, toys with which to play, and a popular photo spot: the mustache wall.

“She absolutely loves that glass wall with the mustaches,” says Nick.

Her parents simply enjoy watching Olivia take advantage of an opportunity to play like any other child would, especially around kids who understand what she’s facing.

Olivia’s physical health is obviously her parents’ primary focus by seeking the surgery, but Nick says they’re also concerned about Olivia’s current features being the target of unsympathetic children as she enters school in the coming years.

“We don’t want her getting bullied.”

Any parent can certainly relate to that.

The life Olivia lives is not going to be an easy one, so if it’s possible to make things a bit more ordinary for her, her parents are fully on board with doing so. And based on Olivia’s personality, she’s not going to give up when things get hard.

“She’s very strong-willed, and more independent than we ever thought she’d be,” says Crystal.

Nick tells a story about how Olivia’s doctors didn’t know if she’d ever be able to walk or talk. While she was going through some physical therapy, the facility Olivia visited purchased a high-end walker to help her learn how to walk. It didn’t go well.

“She tried it one time, threw a fit, and didn’t want anything to do with it,” Nick says with a laugh. A week later, Olivia started pulling herself up to her feet by using the furniture in their living room and took a few steps.

Unsure of her ability to communicate verbally, Nick and Crystal wanted to teach Olivia some sign language, and during a lesson one day, Olivia got extremely frustrated and refused to participate. The next day, she started talking more.

Crystal says they’ve learned that their daughter just wants to do things her way.

Nick and Crystal can identify with that feeling, as things haven’t exactly gone their way when it comes to this procedure. Olivia was initially scheduled to have the surgery in October 2019. Some issues popped up, forcing them to reschedule for the spring, at which point the country became entrenched in the coronavirus pandemic. They’re hopeful the surgery can still happen sometime soon, but obviously there are no guarantees when it comes to timelines right now.

They are understandably irritated that they’re still waiting for the surgery, but they can rest easy knowing they have a comfortable place to stay when Olivia is finally able to undergo the procedure. What’s more, they’ll be surrounded by people who can support them through any obstacles they’ll meet, who will stand with them so they never feel alone.

As Nick says, “At the House, we feel like we’re not the only ones going through this.” 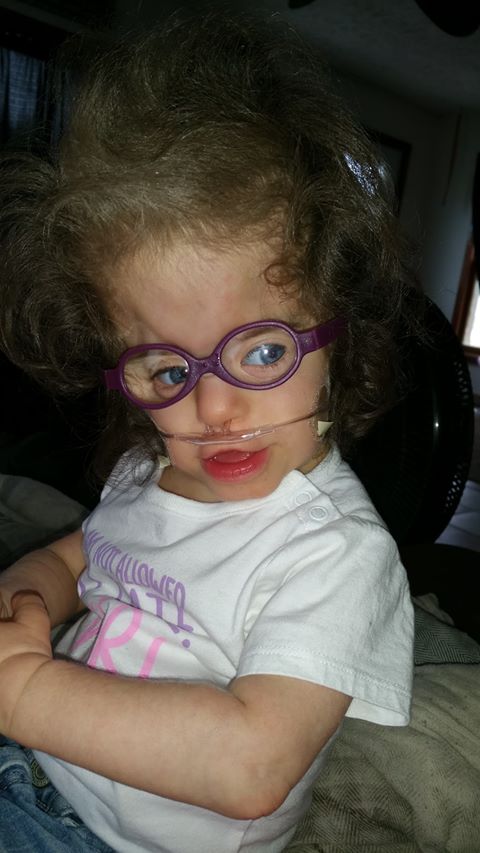