Ethan Dush, in his mother’s words, “cares about everybody.”

Regina Dush describes her son as “funny, lovable, and kind.” Like other teenagers, he enjoys playing video games, hanging out with friends, and driving around. But Ethan is far from a typical 19-year-old.

When he was a very young child, Ethan was diagnosed with a heart murmur, which eventually led to his first heart surgery at the age of five. For the last 14 years, he’s undergone various treatments and surgeries, including the insertion of a pacemaker in 2018 and a MEMS device (a microscopic sensor to help monitor blood flow) in 2019.

Ethan and his family would regularly travel to Omaha from their Columbus, Nebraska home for checkups, and while the last few years had been difficult, it wasn’t until May 2021 when the family faced their most challenging battle yet.

The good-hearted teen had a heart that was failing. 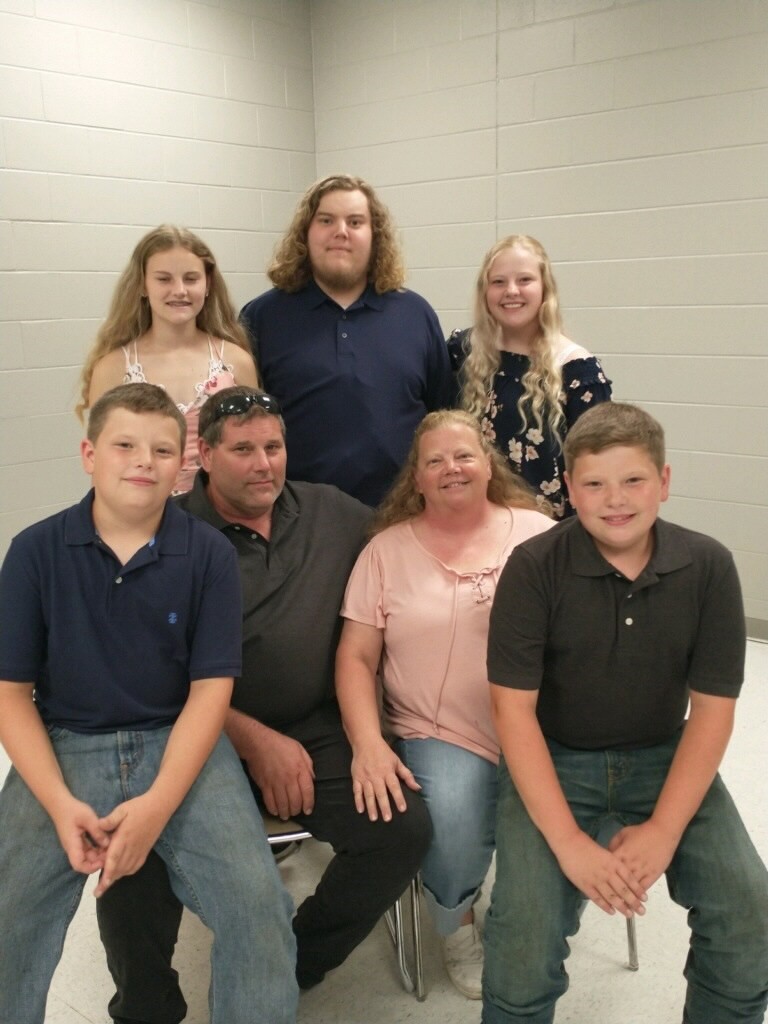 During a standard checkup last year, Ethan’s doctors noticed he was full of fluid, so they immediately admitted him for more tests, at which point they discovered the right side of his heart was growing extremely weak.

The doctors laid out the options. Either Ethan could have the surgery now, or he could remain on medications that could potentially keep him alive. However, if the medications were ineffective, it was possible his heart would no longer be strong enough to go through the LVAD procedure in the future.

For Regina, the choice was clear: “I wasn’t ready to lose him.”

For Ethan, less so.

He had spent his entire life dealing with these heart issues,

and for the last few years, he was growing tired of constantly being connected to so many machines. It was exhausting.

But Ethan’s family insisted he give the LVAD a shot, and after some discussion, and a whole lot of tears, he agreed to do it.

There were risks, of course, but all surgeries carry risk, and he had been through many successful procedures before. The doctors felt confident this one also would go off without a hitch.

Then, during the surgery, Ethan suffered a stroke.

His medical team was able to stabilize him and complete the procedure, but when he came to, Ethan couldn’t move his left side. Regina felt awful.

As Ethan recovered, she couldn’t help but feel responsible for his condition, knowing that she had pushed him to have the procedure done in the first place. Logically, she knew that wasn’t the case, but as a parent, Regina really struggled with those feelings of guilt.

“I wanted him to do this, and he didn’t want to. There were days where it was really, really hard afterwards.”

Ethan was understandably upset about it all, as well. Occupational therapy and physical therapy were added to his recovery, making life even more difficult. Eventually, though, they both worked through all of those feelings.

For Regina, she had a close friend who kept telling her, “It’s not your fault,” and that, along with continuing to assist Ethan with his recovery was a huge boost. She also says it also helped to have the support of others at the Ronald McDonald House. She could walk to any staff member’s office and know that on the other side of the door was a caring person willing to listen for as long as necessary. She could sit down with other families – even families facing drastically different circumstances – and connect with them, relate to them, and cry with them, giving them all a space to heal.

“I don’t know what I would’ve done without the Ronald McDonald House.”

Regina also appreciated simply having a quiet room to which she could retreat after long days at the rehabilitation facility. Being able to sleep in a comfortable bed each night helped give her the energy to be there for Ethan throughout his recovery.

After about a month, Ethan was discharged, at which point he could continue his therapies from the comfort of his own home. And thanks to some hard work from his grandfather, Ethan had an even more comfortable space he could call his own.

Regina says, “My dad renovated a whole room, now we call it Ethan’s Porch Room. It’s got an air conditioner and TV, couch, chairs. He can go ‘outside,’ it’s all windows, and still enjoy himself. If he has a friend over, they can play Xbox and whatever else.”

She adds that the room is where Ethan’s therapists visit him for his daily exercises, and for a 19-year-old, having that space to himself means a lot, particularly given all that’s transpired. He had to take a long break from driving. He hasn’t been able to work his job at a local pizza chain. He even had to change his long-term career plans, because what he wanted to do – mechatronics – would have placed him around industrial equipment and magnets that would wreak havoc on the devices in his chest.

By having his Porch Room, Ethan has a bit more independence, a bit more control over his circumstances. And it allows him to focus on doing the things he needs to do for his own health. That includes recharging his LVAD nightly, weekly visits to Omaha for checkups, and getting himself into condition to be placed on the transplant list.

Ethan has been working hard to do just that, and while he’s had some ups and downs since last year’s surgery, including more hospital stays, he’s getting pretty close to being listed for a new heart. And of course, if that comes to pass, Regina knows they’ll have a safe, comfortable place to stay during that process.

Throughout Regina’s time at the Ronald McDonald House, there has been one feeling that persisted during every interaction, whether it was with a staff member, volunteer, or other family. Even during a time when there were fewer people in the House, and even when interactions were more limited, Regina noted, “Every time I saw someone there, they asked how we were doing. I felt like they cared. Everybody cared.” 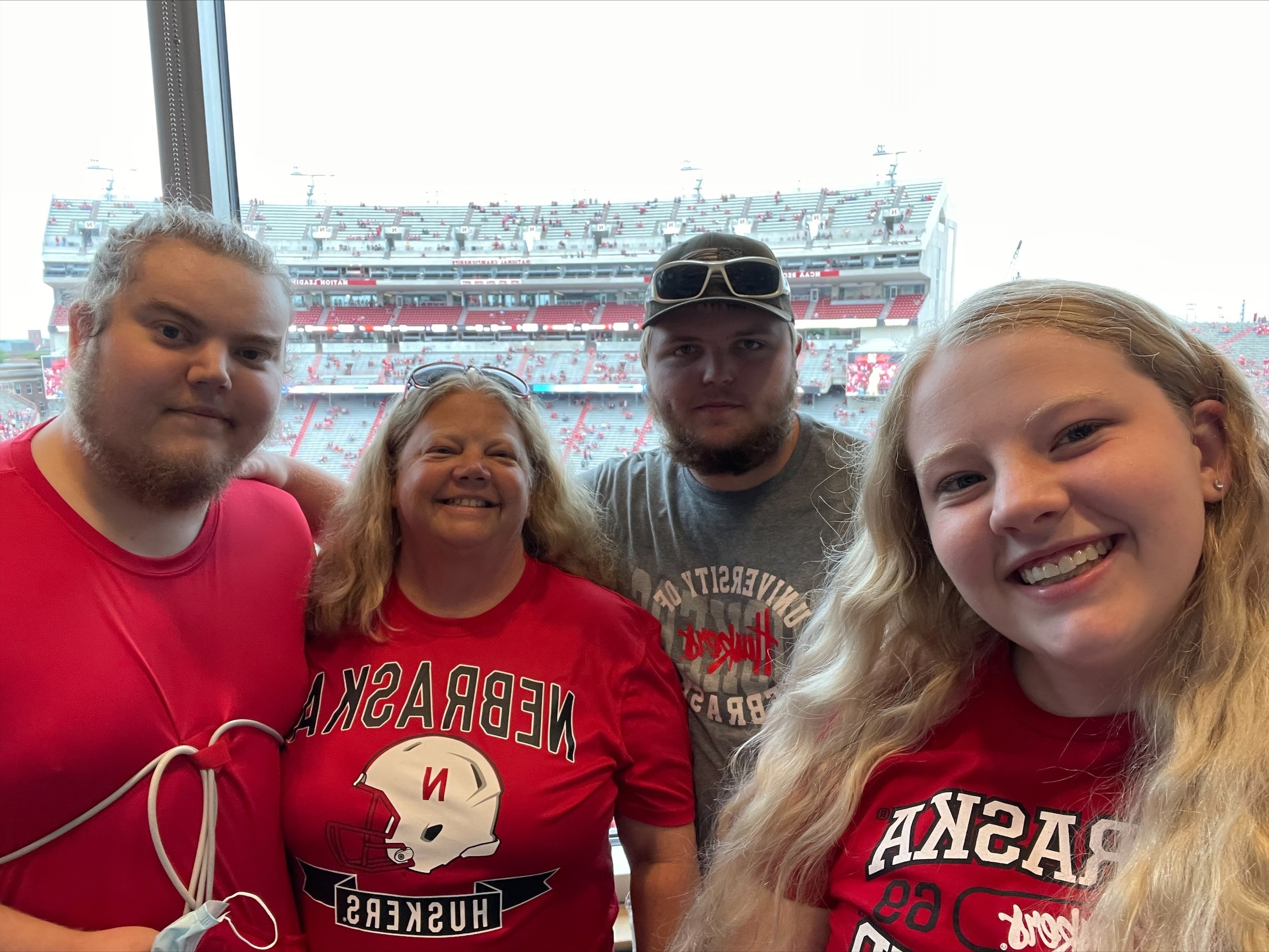 To show families like Ethan’s that you care, make a donation today.