In July of 1999, Tennille and Travis Grosz were expecting their first son. The pregnancy had gone well, and Tennille was scheduled to deliver via cesarean on July 27. A week before that, however, her labor began, and the doctors at the hospital in McCook, Nebraska had to take action. Logan was brought into the world on the morning of July 20.

Unfortunately, Logan was not breathing, nor was his heart beating. His skin was a frightening shade of purple, and due to a condition called Fetal Hydrops, his body retained extra fluid, which contributed to his heart and lung problems. Often, this condition leads to death shortly after birth. The doctors and nurses were not willing to let that happen. Despite not having the necessary equipment to care for Logan and help him breathe, they manually pumped oxygen into his lungs over and over again. For four hours, they dutifully kept Logan going until the flight team from the Nebraska Medical Center (now Nebraska Medicine) arrived. He and his father boarded the helicopter and headed for Omaha.

In Logan’s first 24 hours of life, doctors had to resuscitate him on five separate occasions. Once they arrived at the hospital, his condition was so poor that the neonatologist told his parents to take as many pictures as they could, because Logan’s chances of survival were extremely low. The fight would be difficult, but it was not one Logan would take on alone.

For the first three days of Logan’s life, his mother was unable to be with him, as she recovered back in McCook. Once she regained enough strength to travel, though, Tennille joined Travis at the Ronald McDonald House in Omaha, just minutes away from their baby boy.

The House was just what the Grosz family needed during that time. Being around other families who genuinely cared and understood what they were going through provided so much comfort and love. When Travis had to return to work in McCook, Tennille thought it would be best to move in to the lodging at the hospital to be closer to Logan. While those accommodations were perfectly pleasant, she moved back to the House after just one night, because having that family atmosphere was critical.

Tennille obviously spent quite a bit of time next to Logan in the NICU, but when she had to leave, she would come back to the House and enjoy time with other parents and staff. She was so thankful for the community members who came to the House to cook dinners, which also provided more time to share with the other families. Tennille says she became friends with so many people in her time at the House. “We would laugh and cry together. We would celebrate the kids that got to go home, and mourn the kids who would never be able to return home.”

For a good portion of their stay, the Grosz family worried they would not be able to bring their son home. But after 31 days of fighting for his life in Omaha, Logan was discharged. The family was ecstatic for the good news, but leaving their home away from home, along with all of their new-found friends, was somewhat bittersweet.

Since leaving the House nearly 18 years ago, Logan has continued to battle various health problems. He’s endured two strokes, and undergone treatments for Evans Syndrome and Immune Thrombocytopenia purpura (both blood-related conditions). Throughout his life, Logan has had to spend a lot of time in hospitals, but despite his illnesses, he continues to stay positive and inspire others. He’s been invited to speak about his story – and health care at large – all over the country, including the nation’s capital.

In 2016, Logan was invited back to Omaha, along with several other NICU graduates, to surprise an outgoing Nebraska Medicine nurse with a new mattress from Tempur-Pedic. Tennille and Travis say: “we are truly blessed that he is here bringing so much joy to so many people.

“His journey has not been an easy one, however, we have gotten to know so many amazing people and places that care for sick kids. These people and places have a special place in our hearts. The Ronald McDonald House in Omaha was there for us when we needed it most.  Our family is forever grateful for the kindness and hospitality we were shown there.”

At RMHC in Omaha, we’ve been for the fighters for 23 years and counting. Join us as we continue to rally around hope for families like Logan’s. Donate today. 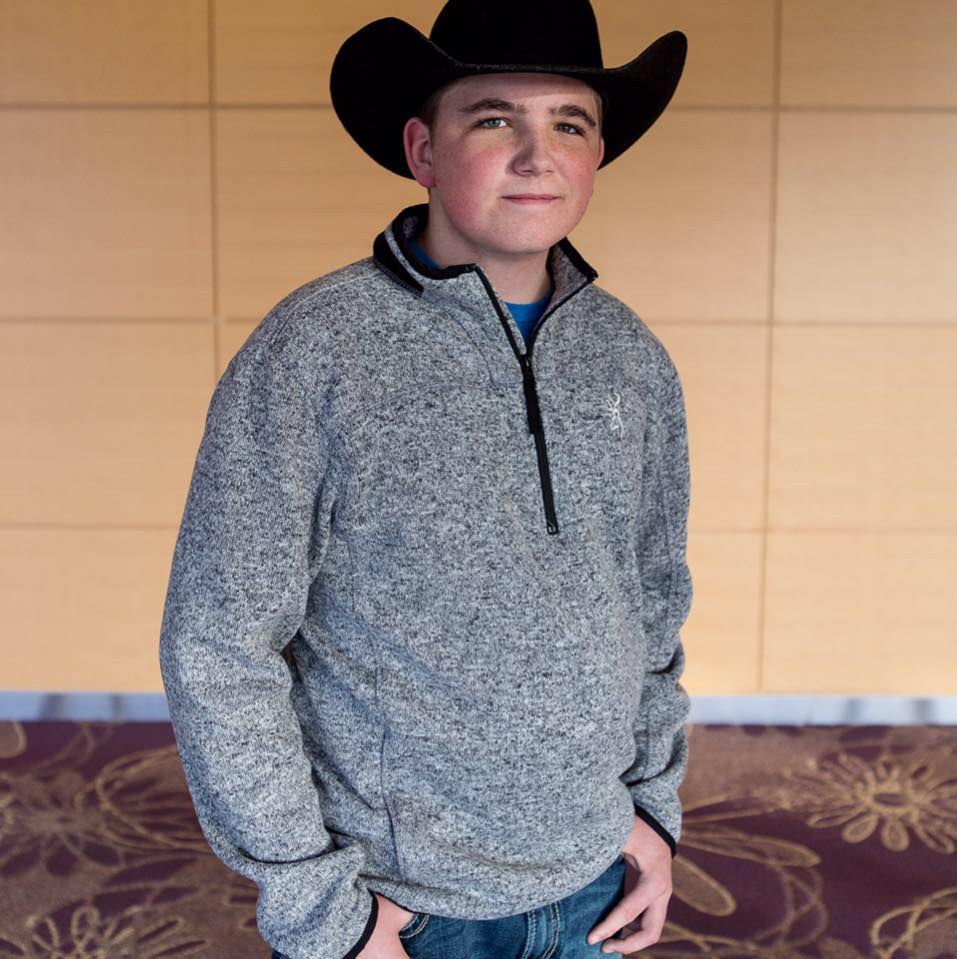